Chronical Signz was started in 2007 by its creator Jake Naidoo in Durban, South Africa.
Jake’s passion for designing & graphics led him to the innovative & modernised signage in the outside world. It all started in a small garage where Jake designed & created these amplified signage for vehicle branding, billboards, magneticz, bannerz, etc. 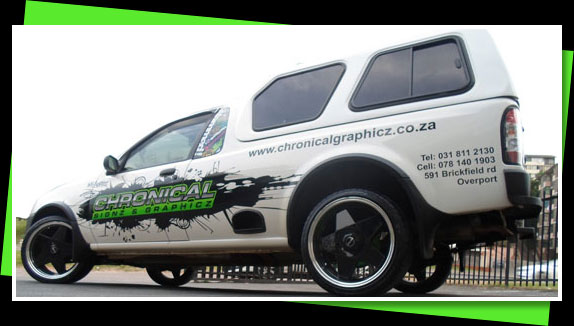 After Jake had discovered his talent he noticed the rapid growing trend in the signage industry & decided to create the company Chronical Signz & Graphicz. It has since developed into a growing company with a huge clientele due to the creativity & customer satisfaction guaranteed.

In 2009 Jake moved premises due to the expanding business & demand.

In Chronical Signz & Graphics we have “Fresh ideas year after year which earned us a reputation as trend setter, we like to stay one step ahead and give customers what they might see at other shops in a few months.”

The use of the best quality products from computers, software and digital cutters has kept Chronical Signz on the cutting edge of the graphic design industry.

We have basically all that the industry as to provide from professional, to street & so on, therefore Chronical Signz & Graphicz continues to produce outstanding graphics while providing customer service with the creative vision, hard work & dedication to customers. 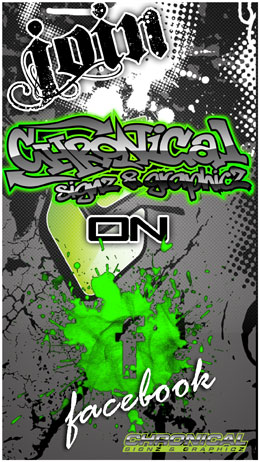